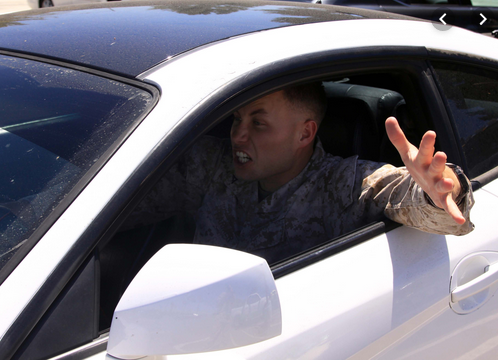 If you’re a driver in Owen Sound, you’ve certainly encountered the pinch coming from the city’s extended snarl of traffic.

For some drivers already annoyed enough with having to contend with tourist traffic at this time of year, combining that extra congestion from snail’s-pace detours can leave one to feel like everyone is ready to tear their hair out over this traffic.

Except that the majority of local drivers, really don’t mind the traffic at all, as evidenced in a Facebook poll on Owen Sound traffic.

The poll’s question is as straight forward as it gets:

“So, how are you feeling about the gridlock traffic in downtown Owen Sound?”

Residents had two options for their option:

Of the 127 respondents at the time of this writing have voted, almost 70% have chosen option one – that downtown Owen Sound’s present traffic congestion doesn’t bother them in the least.

What’s most intriguing about the debate are points raised on both sides of the debate in the comments section of the poll:

For more updates on everything Owen Sound, go here.