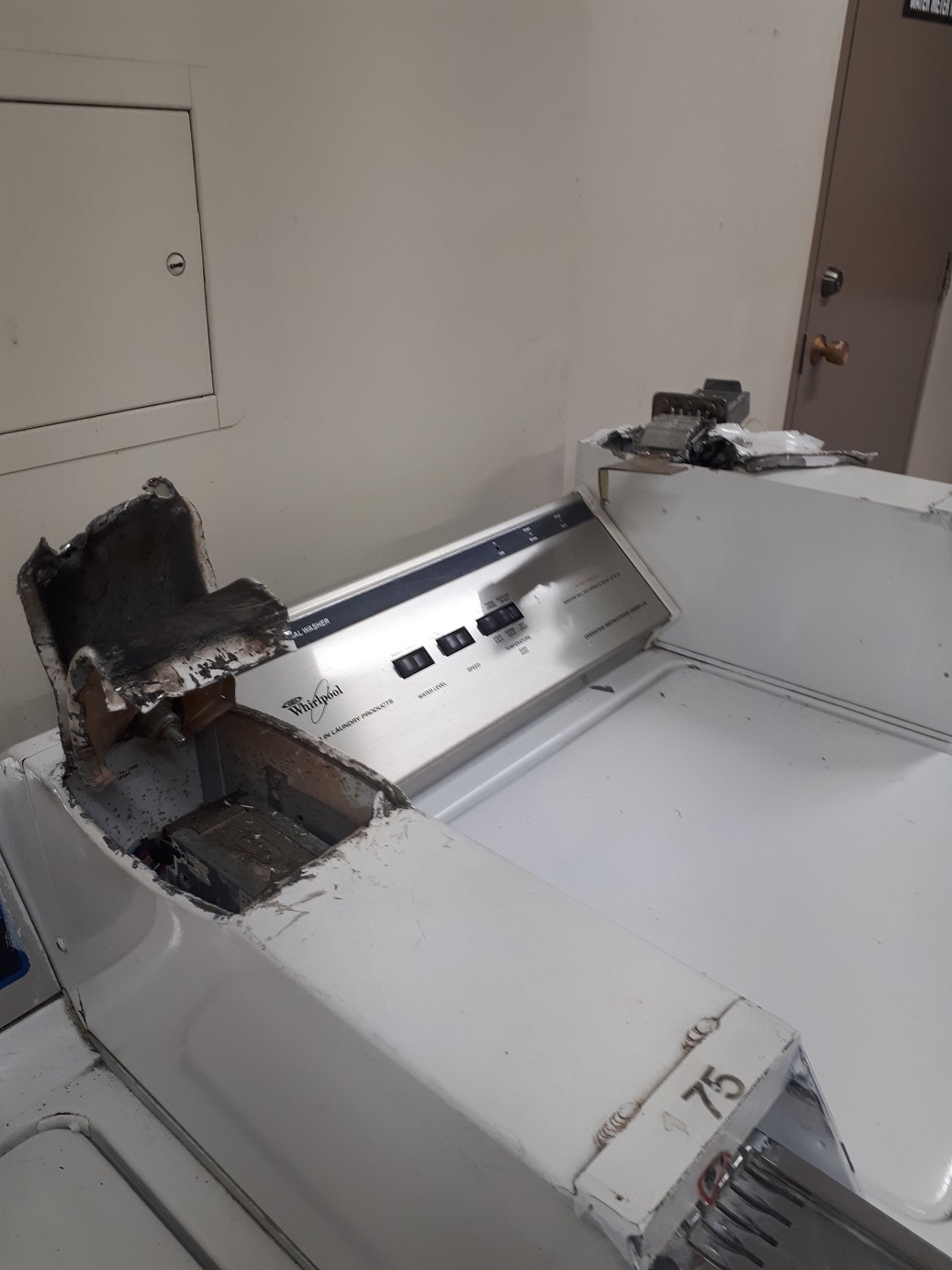 This week, Owen Sound police were called to the 6th Avenue West apartments (owned by Barry’s Construction / Grey Bruce Property Rentals) to respond to calls that the building’s laundromat had been burgled.

The thieves welded their way through most of the washers and dryers, successfully making off with the week’s count of loonies and quarters.

As it turns out, robbing laundry equipment in rental buildings for change has become common across the city and is yet another sign of the rising tide of crime Owen Sound appears ill-equipped to tackle.

Without any suspects in custody, a motive can’t be established, but common sense would point to the crime stemming from a need for drug money.

The worrisome trend of rising crime in the region has been on the fast track for the past few years.

In 2016 Statistics Canada’s report on crime in the country ranked Owen Sound at the 128th position.

Come 2017, the city’s position for violent crime rose to 62nd rank on the national index.

For a city of 22,000 inhabitants, this is a critical problem.

Stronger measures are direly needed to combat the flow of crystal meth and opioid that is fueling a large portion of crime in the city.

GreyBruce Now is presently working on a rehab measure to be presented to city council with the hopes that in being adopted, it will not only help with the city’s crime rate and drug problems, but also combat Owen Sound’s housing problem.