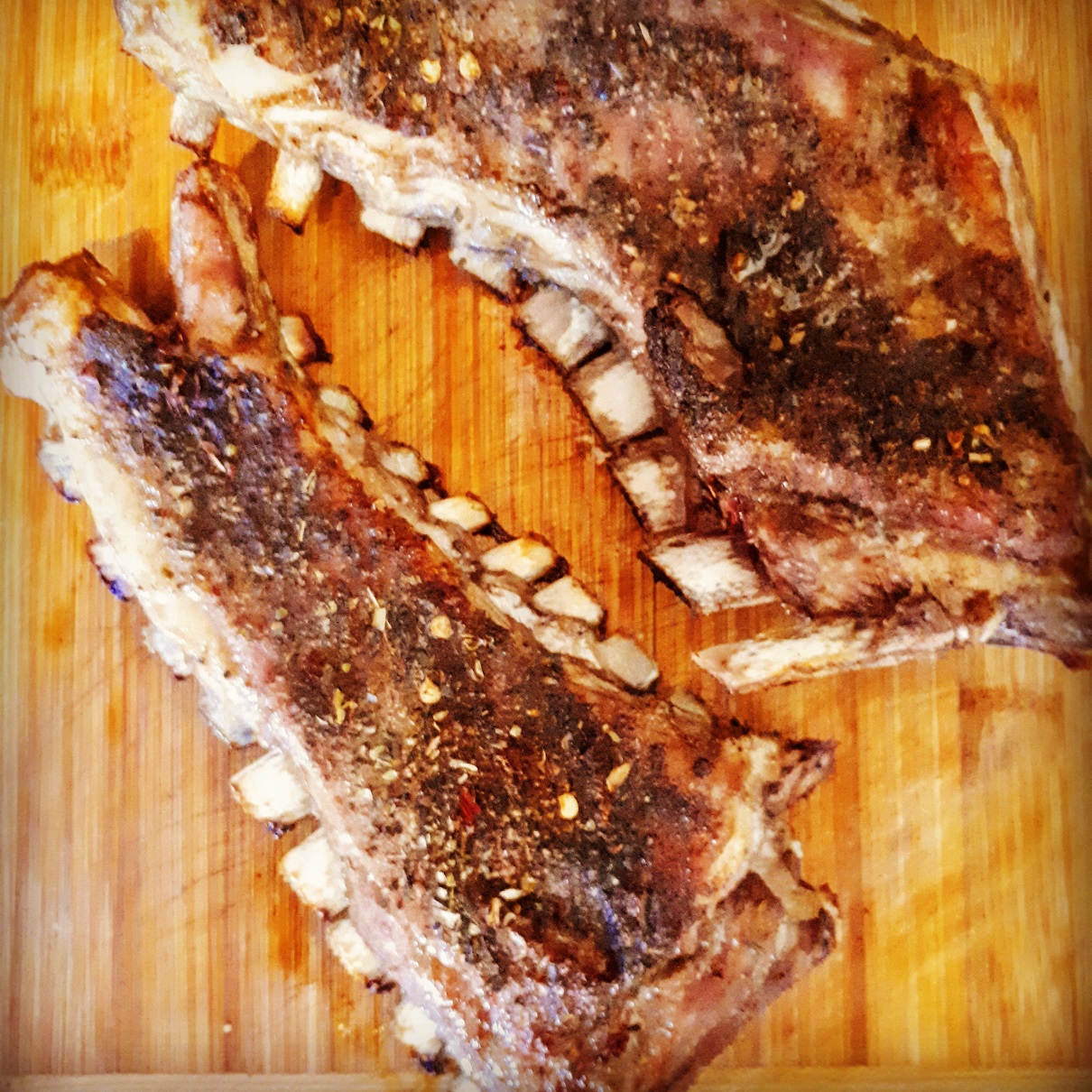 Food’s one of the cornerstones of what GreyBruce Now is all about and we’re about to start in a new direction, by offering up our best  lamb rib recipe using locally-sourced meat.

The meat for today’s dish comes by way of Wiarton’s Lamblicious.

We’ve been buying ribs by the bucket load from them and you’re about to discover why.

It’s gotten to the point that we’ve officially dubbed ourselves “rack addicts” and you’ll likely be calling yourself the same if you follow this recipe.

Here’s what you need for this lamb rib recipe:

Step Two – Either slice or crack your fresh garlic cloves and toss them into the liquid mixture. It’s also recommended that you throw in a few slices of those pickled jalapenos since the jar’s already open.

Step Three – Paint those ribs with some of that Dijon mustard.

Step Four – In a separate bowl, put together all the spices listed above – about a tablespoon of each (only 1/2  teaspoon of the cayenne powder!!) is the sweet spot. Using a whisk to blend those spices together adequately.

Step Five – Rub your spice mix onto the ribs and pat them in to make sure they stay where they’re meant to stay.

Step Six – Place the ribs in the liquid mixture, wrap them up tightly with cling wrap and allow to sit in their marinade for 48 hours (it’s well worth the wait).

Step Seven – Now that you’ve allowed the ribs imbibe the juice you steeped them in for two days, it’s time to pre-heat your oven to 425 C and remove the ribs from the marinade.

Step Eight – Line a pan with parchment paper and lay the ribs in. Want to earn bonus points? Add some bacon fat to the mix.

Now that the ribs are in, let them sit for a full hour. Cook them for only 45 minutes should you be planning to smoke them after to main cook.

You get to choose how you serve them up once ready: with a side of green beans, buttered broccoli or if you’re not watching the carbs, roast some potatoes along with the ribs.

GreyBruce Now is teaming up with the Owen Sound Swiss Chalet to present a contest.

Up for grabs will be six Swiss Chalet gift cards worth $25 each.

The Contest goes live next week and anyone who subscribes in advance with the form below will be entered into the contest.

Oh, and the food news doesn’t end there – we’re going to be running a special on one of our favorite dishes next week: tacos!

Because when GreyBruce Now events are held in the future, that will be our trademark food offering for guests and yes, this lamb rib recipe will be tied in.