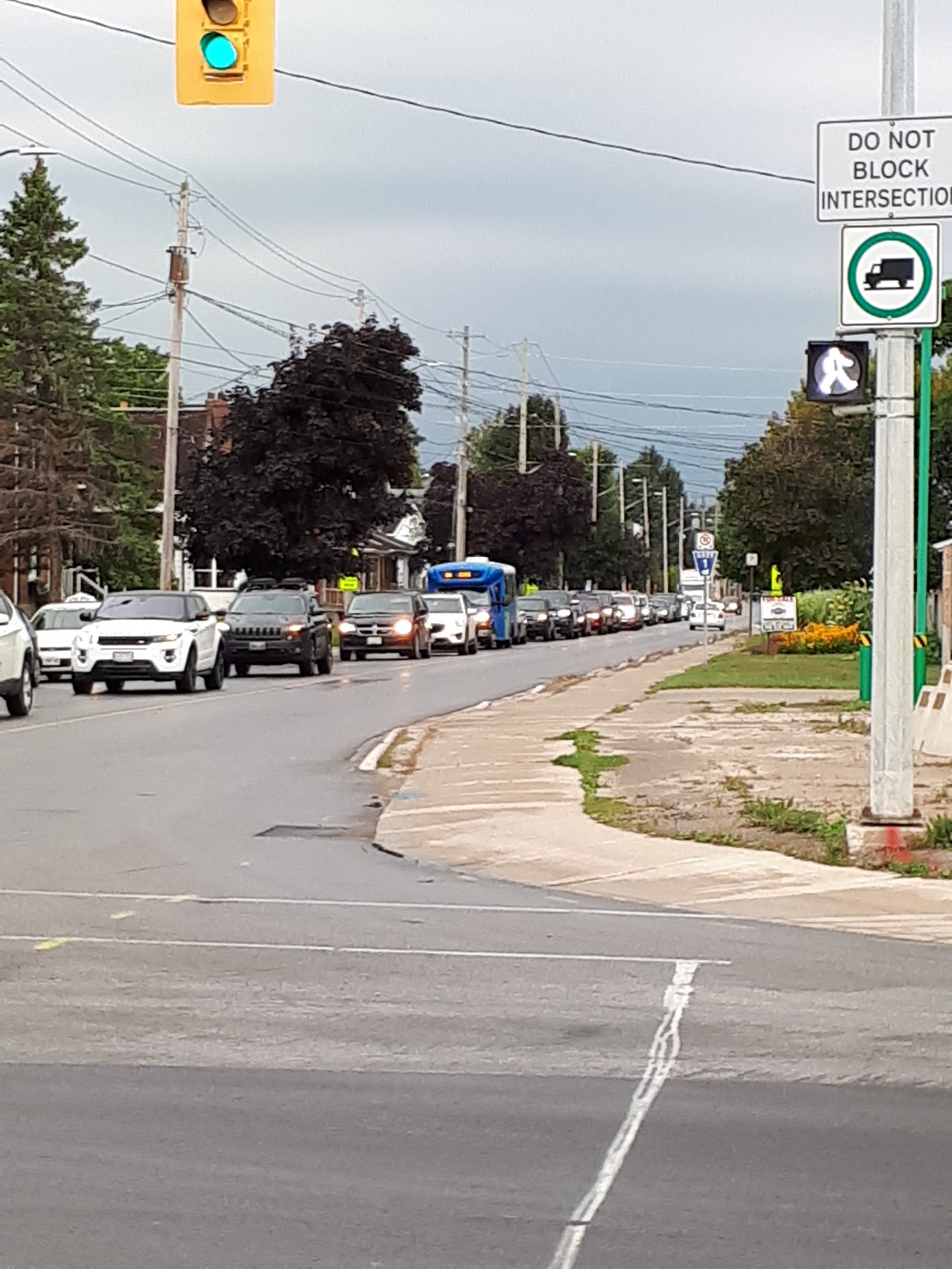 Owen Sound traffic congestion is almost starting to feel like a new normal.

While some residents have yet to feel the aggravation of lurching through the city’s streets, the change in driving patterns is indicating that many are feeling the frustration.

Unfortunately, it’s going to get a lot worse before it gets better.

In a hasty blitz, the city will carry out no less than 10 road work projects, in the same general time frame:

GreyBruce Now has reached out to Director of Public Works & Engineering, Dennis Kefalas, to ask why all of the work being carried out couldn’t be staggered over more than one season.

No response has been received as of yet, but this post will be updated once an answer is obtained. The hardest-hit part of town is easily the northwest end.

If you live on the northwest side, the long way is now the fastest.

Alpha street is your saving grace and if you’re willing to go up the hill, driving over to 9th and 8th streets will help you avoid the pains of 10th street (even with the construction project going on at the top of the hill).

Are you planning a visit to any of the towns or villages north of Owen Sound?

Use the map above to see how you can easily circumvent the city altogether.

There are gas stations located all around the city’s outer flanks, so fuel will not be an issue if you choose to bypass the region and remain on course.