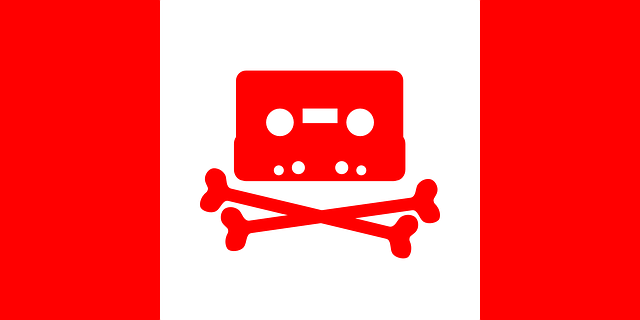 Recently, the municipality of Owen Sound launched its “Are You Most” campaign with the hopes of drawing professionals and entrepreneurs who’ve either left the area or have been thinking of repatriating to Grey Bruce’s largest city.

Great plan, when viewed from the theoretical standpoint.

How has this affected prospective entrepreneurs scouting for opportunity in Georgian Bay?

We put feelers out on LinkedIn and got a couple of responses, and wouldn’t you know it, the two respondents were looking to open eateries.

Since we see this look at local red tape being an ongoing series, we’re making this the official food truck edition of the series.

In 2017, the Town of South Bruce Peninsula almost unanimously voted against allowing food trucks into the area, with the sole supporter being Janice Jackson.

Only two years later, council has done an about-face and voted to allow for a pilot project that will see three food trucks testing the waters.

It hasn’t been made clear what led to the about-face, but by going back on their previous decision, council has opened the door to more tax dollars and additional jobs.

However, not all municipalities have exhibited the same willingness to accommodate entrepreneurs.

The first person to reach out to our feelers on LinkedIn was “Kathy” (real name not used because her employer is unaware that she is planning to relocate outside of her present home in Brampton).

While visiting towns all across Grey county scouting for business opportunities, Kathy and her husband happened to drive by.

“It doesn’t look like much from the picture, but we could instantly see what it could be and reached out to the realtor.” Kathy said, only to find herself becoming rapidly discouraged by the town of Meaford’s response to their idea.

Their plan was to replicate a small take-out only roadside diner, completely streamlined for a lean operation.

What made it even more perfect, aside from it’s position along a busy, touristic highway, was the huge parking lot which would allow for customers to eat in their cars or picnic tables set up on the property.

One would logically figure that the property, which previously served as a gas station, would easily qualify for zoning for more commercial use.

“When I reached out to the town, they told me that council had re-appropriated the land for residential and even agricultural use, which is mind boggling to consider planting anything in land that was used to store gas.”

The town had informed her that if she wanted to get the designation changed, it would require the use of a lawyer and would take up to 6 months with no guarantee that the zoning would be changed.

“At first, it looked as though they were telling us that we’d have to first buy the land and then hire a lawyer to have us modify it’s zoning designation. What if it didn’t work out? Then we’d be stuck with a piece of land we have no use for.”

The municipality did propose the option of having Kathy reach out to the present owner so that he could to authorize her as an agent, allowing her to hire the lawyer, but after reading through Meaford’s Official Plan Amendment Process guide, she decided it wasn’t worth her time.

“When I looked over the documents they sent, it looked like I’d be dealing with close-minded politicians who take their sweet time making decisions based on personal feelings rather than logic. Besides, if we’re opening a new business, we’re going to need that capital and not gamble it away on a ‘maybe’.”

We will be profiling another way the municipality of Meaford has held back a business belonging to another industry in a future installment of A Look at Red Tape.

Paul Morrison of Toronto had a similar experience, not with local government, but with a local business owner.

“I’ve been looking to open a food truck up here for a while and one day, I found one for sale online in Lion’s Head and decided to stop by to check it out on my way to Tobermory.”

The chip truck Paul had found was perfect – like with Kathy’s prospective business, it was located right on a very busy touristic highway. The owners have been looking to offload it for 3 years by the time Paul came on the scene, leading to him wondering why it has lingered on the market for as long as it has.

It should be noted that Paul was planning to buy a home in the area and therefore only had enough of a budget to buy a home or a business, but not both.

“Property prices here are rising very fast, and they’re easily out-pacing the growth of most businesses here, so if I had to choose between a home or a business, I’ll go with the home and take what money I have left to start a business from scratch.”

So Paul came up with an idea. He would offer to buy the diner, which was priced at $70,000, on a vendor take-back mortgage with $4,000 down. The deal would see Paul paying off the balance by the end of the season.

His offer was refused without consideration.

“I really find it ridiculous. First, this chip truck was reduced to $50,000 last year, they couldn’t sell it for that and now it’s up to $70,000 and they have no buyers lined-up but they want to retire. If they took my deal, they’d just have to wait six months to get the balance of their asking price.”

While Paul is keeping an eye open for other opportunities, he says he’s concentrating on buying a two-level home he can turn into a home for himself as well as rent the other portion of the home.

Everyone in the Grey Bruce business scene has to understand that progress can only be achieved with change.