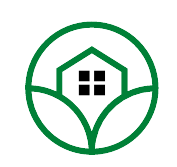 What is blind bidding?

For those of you who are uninitiated, blind bidding is the practice of offering a price to a home seller without knowing what other buyers are offering for that property.

Personally, as a real estate agent, I’m indifferent to it.

I don’t care either way they want to ban it go ahead.

To be quite honest, I find the consumer advocates to be a little over the top, with one going so far as saying that it ‘isn’t fair’ for someone to be paying hundreds of thousands of dollars over asking.

Let’s look at that from another perspective.

If someone’s offering, say, $200K over an asking price, they are (presumably, I hope) carrying out conscious act.

If the property they’re vying for is $500K and they’re offering $200K, they’re aware that they’re throwing substantially more money into the deal.

This brings me to a recent story by the CBC.

The story profiles a woman who wanted to buy a cottage and she was prepared for a bidding war.

…only to find out later there were NO other bids.

Here’s the thing – a good deal of the fault rests on her agent, who was well aware there were no other offers made on the cottage.

The agent was only interested in garnering herself an extra payday and I really do hope RECO finds her guilty.

In case you’re not aware of this, you CAN have your agent find out how many offers have been put on a home.

Armed with that knowledge, you can work the math and conclude approximately how much over asking you need to offer in order to contend with the other bidders.

The cottage buyer is feeling burned and now wants to ban blind bidding because her unscrupulous agent did her wrong and the CBC is more than happy to oblige.

Australia and New Zealand operate with open auctions – all the bidders can see exactly how much the other is paying.

Know what? They have the same prices high housing prices we do here. The only difference being that open auctions allows losing bidders to watch their hopes fade in live time.

If the Liberals truly want to make a change one of the first steps would be to declare the housing crisis a national emergency, giving upper levels of government more power to override municipal governments, forcing them to embrace every opportunity for more housing.

Because tiny houses are a new concept and the Old Money that steers the ship doesn’t like new.

THAT is the hill to be dying on.

A ban on blind bidding is akin to a bandaid for a gun shot wound and I can guarantee you, it won’t change a single thing.

What if we told you eating it leads to weight loss?

Find Out How Here